Small Intestinal Bacterial Growth (SIBO) occurs when there’s an increased number and / or abnormal type of bacteria in the small intestine.  This is called dysbiosis.

SIBO is the major cause of irritable bowel syndrome (IBS).

The small intestine naturally contains bacteria, but fewer in number than the large intestine.   When the number and / or abnormal type of bacteria increases in the small intestine, carbohydrates are fermented by these bacteria causing the release of methane and hydrogen gasses.  These gasses cause many of the symptoms of IBS as well as damage the intestinal wall (leaky gut).

Signs and Symptoms of SIBO

What causes this overgrowth of unwanted bacteria in the small bowel?

Dysbiosis in the small bowel causes inflammation and a subsequent release of histamine.  The DAO enzyme in the small bowel which degrades histamine is then overloaded with histamine and can’t get rid of it all.  Histamine then gets into the bloodstream causing numerous issues including:

There is a very interesting link between methylation and SIBO.

Methylation is needed to make phosphatidylcholine which makes bile acids.

Bile acids regulate the pH of the small intestine.  When the pH is altered due to low bile acids, dysbiosis and SIBO occurs.

This can become a huge self-perpetuating problem, as SIBO reduces Vitamin B12 absorption.  Vitamin B12 is an essential nutrient in methylation required for the remethylation of homocysteine to methionine along with methylfolate for the formation of SAMe (the major methyl donor).  It’s these methyls that produce phosphatidylcholine!!

Furthermore, if you have MTHFR and inadequate methylfolate, the body will use choline to re-methylate homocysteine to methionine via the BHMT enzyme which will deplete your stores of choline which is needed to make phosphatidylcholine.

SIBO is a major cause of histamine intolerance. In SIBO the DAO enzyme that degrades histamine in the gut gets overloaded with histamine causing many symptoms including headaches, itchy skin, flushing, reflux and much more. Click To Tweet 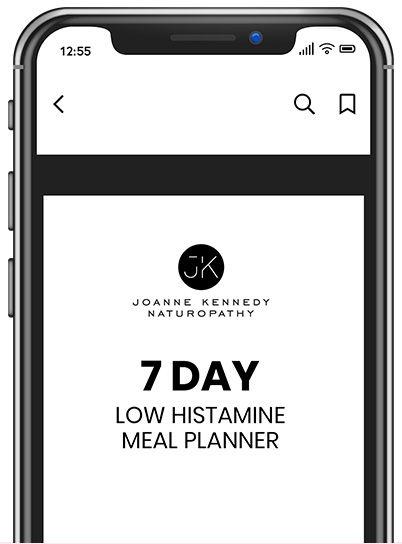 Histamine intolerance can be driven by pancreatic

Histamine intolerance can be driven by low hydroch

Histamine intolerance can be driven by methanogens

Working with biofilm disruptors with our chronic h

Saccharomyces boulardii is a beneficial yeast that

Certain strains of probiotics can be useful for hi

Vitamin B12 deficiency is extremely common. It’